Posted on February 10, 2015 by Installer Online 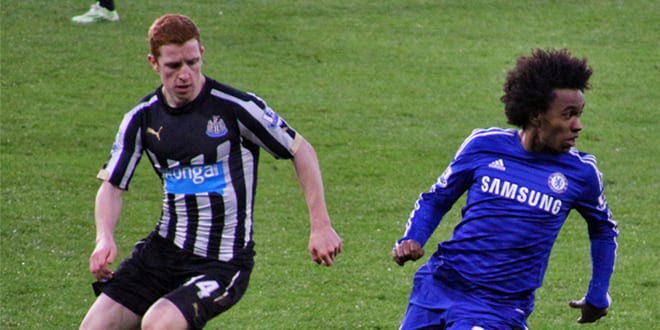 Who’s in the mood for extra football? Well good news because the Premier League teams are set for midweek action.
For InstallerLEAGUE players this means a chance to grab some extra points, but make sure you get your line-ups set by 19:30 on 10 Feb.
And if you’re having trouble choosing which transfers to make, have a look at our scouting report for Gameweek 25:
Def – Alberto Moreno – £5.1m
Liverpool’s new boy has been enjoying a good run of form recently, but he cost them £12million at the start of the season so you’d expect a few decent performances.
Luckily for InstallerLEAGUE managers, he can be yours for a measly £5.1m, which is a bargain considering he’s got 21 points in his last three games.
It’s even better when only 4.9% of players have selected him, so getting him in could put you ahead of the competition.

Mid – Jack Colback – £4.9m
Here’s one for you bargain hunters. Colback has been impressive since joining Newcastle from bitter rivals Sunderland at the start of the season.
The ‘Ginger Pirlo’ as he was described by Roy Hodgson, is one of the first names on the Toon’s teamsheet, which means he’s bound to pick up a few points.
But with three goals in his last six games, he’s also found where the back of the net is, so could be worth a punt for not a lot of cash.
For – Ashley Barnes – £4.4m
The journeyman striker who’s played a lot of football in the lower tiers, is grabbing his Premier League opportunity with both hands.
Burnley are playing some nice football this season, which is mainly due to Barnes and Ings up front.
Barnes has bagged four goals in his last 10 games which isn’t bad, so could be good for InstallerLEAGUE players looking for strikers on a budget.