One more game to go and there are a few things we already know for sure. Chelsea have won, QPR and Burnley are down, and City, Arsenal and Man United have secured the other Champion’s League places. 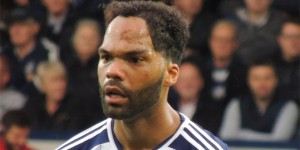 But there’s still a lot to play for. Hull and Newcastle fans are staring at life in the Championship, as the two teams fight to stay up.
The Toon are two points above Hull but have a (much) worse goal difference. Can Hull get the win they need against a Man United team who have nothing left to play for?
It’s also going to go to the wire for InstallerLEAGUE players, who are battling it out to win two tickets to an event courtesy of Club Wembley.
Here’s the FINAL Scouting Report of the season, to give you an edge on your competition:
Def – Joleon Lescott – £5.1m
There were a few eyebrows raised at the start of the season when Lescott moved from champions City to lowly West Brom.
But questions over his age, attitude and ability have been answered, as the big man at the back has had a tremendous season.
He’s notched 127 points so far, and the Baggies often have an entertaining last game (remember the 5-5 against Man United), so he could add a few more.
Mid – Sadio Mané – £6.2m
We couldn’t NOT put him in after last week’s display. Mané wrote himself into the history books in spectacular style, by scoring the fastest ever Premier League hattrick.
It took the Senegalese international just THREE minutes to smash three goals past a hapless Villa defence, as the Saints romped to a 6-1 win.
Can he do it again this weekend? He’s worth putting in your team just-in-case.
Att – Jamie Vardy – £4.6m
Leicester City’s escape from relegation has been amazing. At one point the Foxes looked absolutely dead and buried, but they managed to survive thanks to their run of form in the last eight games, when they lost only once against Chelsea.
Jamie Vardy has been one of the stand-out performers this season, so much so he’s earned a call-up to the England team.
If he’s good enough for Roy Hodgson’s squad, is he good enough for yours?