Posted on September 26, 2014 by Installer Online 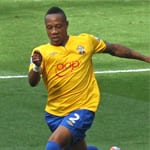 It’s definitely a derby weekend, and InstallerLEAGUE players can look forward to a tasty weekend of football.
First up it’s the Merseyside Derby as Liverpool host Everton in the early kick off, then we head to North London as Spurs travel to the Emirates.
These are always fiery encounters (especially with Balotelli in the mix) so we’re expecting cards, goals, glory and tears.
But who should you consider chucking in your team this weekend? Here’s the Scouting Report for Gameweek 6:
GK – Tom Heaton – £4.5m
Ok so he’s not a household name, but Heaton is now the top-scoring keeper in InstallerLEAGUE with 25 points.
The 28-year-old started his career at Man United, but failed to make an appearance. Since then he’s been doing the rounds in the lower leagues, playing for the likes of QPR, Cardiff and Bristol City, before nailing down his place at Burnley.
Being between the sticks for the Clarets means Heaton has to make plenty of saves, which means lots of points.
But crucially he’s also getting clean sheets, and with West Brom, Leicester and West Ham coming up, he could bag a few more.
Def – Nathaniel Clyne – £5.3m
Well Southampton look like they’ve found the recipe for success. Sell all your favourite players, let your exciting, young manager go to Spurs, hire Ronald Koeman and shoot up the league.
Now we were watching a DVD of Saints’ highlights from last season (don’t say we don’t put the work in), and it’s amazing how pivotal Nathaniel Clyne is.
Clyne was involved in a lot of their goals last season, whether it’s build up play, assists or putting the ball in the net. Luke Shaw, in contrast, got one goal and no assists last season, and Man United paid £30m for him.
Now some pundits are calling for Clyne to have a shot in the England team, so if Hodgson’s looking at him, maybe you should be too.
PS, did you see his goal against Arsenal in the League Cup? Scorcher.
Mid – Stewart Downing – £5.5m
Where do we start with Stewart Downing? Quality at Middlesbrough, at times shambolic at Liverpool, everyone will have their opinion of Stew.
But is he having a little revival? There’s no doubt he’s got a quality delivery (good for assists) and he’s been having a good start to the season, bagging 27 points already.
At £5.5m he could we worth a punt; and we all love a good comeback story.
For – Leonardo Ulloa – £5.8m
Leicester’s most expensive player has got to be one of the signings of the season so far.
He’s second in the goal scoring charts with five already, only trailing the unstoppable Diego Costa.
The Argentine striker was an unknown before his move to Brighton and Hove Albion for £2m last season. But he struck 23 goals in 50 games for the Seagulls, which prompted Leicester to stump up £8m for his services.
And he hasn’t disappointed. He slipped two goals past United last week, and clearly knows where the goal is.
He’s looking like he could be this season’s Michu – cheap but guarantees goals.
Not yet in the InstallerLEAGUE, join now for FREE