Posted on October 3, 2014 by Installer Online 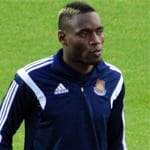 Only seven weeks into the season and the pressure’s already starting to show for some.
The papers are filled with stories about Alan Pardew and his hapless Newcastle team, who (along with Burnley) have failed to notch a win the season.
We’re sure old Pards would love to make some transfers (like a striker) to turn his season around but he can’t.
Fortunately, struggling InstallerLEAGUE players are allowed to bring new talent in, so who should you be signing up ahead of Gameweek 7?
Def – Ryan Shawcross – £5.6m
Arsenal fans might find it difficult to accept, but Ryan Shawcross is having a good season.
The big centre back is usually pretty consistent for fantasy football fans, and has mopped up an impressive 29 points so far.
And with Stoke’s next three opponents being Sunderland, Swansea and Southampton, he could be in line for a few more.
Mid – Nacer Chadli – £6.2m
The Belgian may not have had the best of times in a Tottenham shirt last year, but he’s started this season with a bang.
He’s already written himself into the Spurs history books after his goal in the North London Derby last weekend, and with four goals in five appearances this season, could we be looking at the next Gareth Bale?
Probably not, but he’s still worth a look.
For – Saido Berahino – £5.5m
A bit of an interesting one this, because Berahino’s goals do seem to come in gluts. He can quite happily bag a couple in one game (like last week when West Brom smashed Burnley) but then go on a dry spell for the rest of the month.
Still, the Baggies youngster has 33 points to his name so far and costs a measly £5.5m, so he’s a bit of a steal.
For – Diafra Sakho – £5.5m
OK we admit it, this one took a bit of googling. The Senegalese striker joined West Ham at the start of the season from French side Metz, and is a bit of an unknown.
But he’s definitely hit the ground running in the Premier League, smashing three goals in his first four games.
His record at Metz of 44 in 114 also suggests he knows where the net is, so at £5.5m (again) he could be a premium forward without the premium price tag.
He’s definitely outscoring Falcao at the minute.