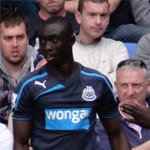 We’re back from the international break where we were treated to some quality England performances against San Marino and Estonia, which really got our pulses racing.
OK maybe not, but we’re top of our qualifying group with three wins in three games, and we haven’t conceded a goal since Gerrard’s beautiful assist to Suarez – not all bad.
But back to the important stuff, which players should InstallerLEAGUE bosses be looking at before Gameweek 8?
GK – Lukasz Fabianski – £5.1m
The manned dubbed “Flappyhandski” by Arsenal fans because of his questionable performances is having a good season with his new club Swansea.
The Polish keeper had big gloves to fill when he signed to replace Michel Vorm (who left to warm the bench at Spurs), but some good performances have helped the Swans up to fifth in the league, and bagged Fabianski a cool 27 points.
If he keeps this up, we’ll have to think of a new nickname.
Def – Andre Wisdom – £4.1m
West Brom have had a pretty good run so far this season under new manager Alan Irvine (aka the one nobody can remember).
More importantly, they’ve kept some pretty good clean sheets against likes of Southampton and Spurs, so it could be worth investing in one of their defenders.
Andre Wisdom looks the best to us. The big man is on loan from Liverpool so probably has something about him, although it’s worth noting that he’s never scored a senior goal.
Mid – Mohamed Diamé- £5.4m
Diamé is having an absolute stormer of a season with Hull and scored another goal in their last game, taking his tally to three so far this season.
But that’s not a surprise because the midfielder looks like he has it all – pace, power and a keen eye for goal.
The only shock is that he still only costs £5.3m
For – Papiss Demba Cissé – £5.9m
It’s now or never time for Newcastle and under-fire boss Alan Pardew, who’s been spending a lot of time in the last chance saloon.
The Toon need a win and they need it now, or they could be heading into another relegation battle.
So the return of Papiss Cissé from a broken kneecap (how bad does that sound) could not have come at a better time.
The Senegalese star took the Premier League by storm in his first season, notching 13 goals in 14 games.
He’s been hit and miss since then, but with four in three games this season, including a brace in his last game, are we seeing him return to form?
At £5.9 million, he could be worth backing.