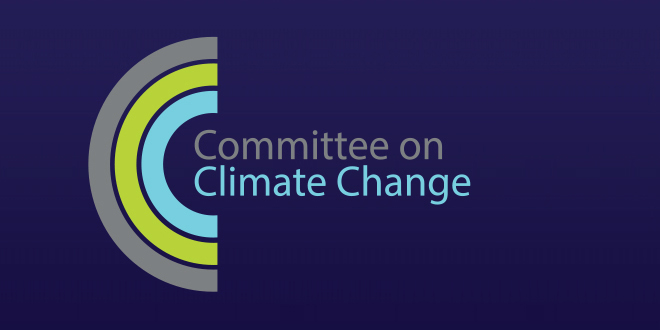 Posted by: jsharpe on February 27, 2019 in Heating, Technical Articles Leave a comment

Should the Government ban gas boilers in new-build homes by 2025?

The Committee on Climate Change (CCC) has called for a controversial ban on gas hobs and boilers in new-build homes by 2025.

In the report, ‘UK housing: Fit for the future?’, the CCC warns that the UK’s legally-binding climate change targets will not be met without the near-complete elimination of greenhouse gas emissions from UK buildings. The report finds that emissions reductions from the UK’s 29 million homes have stalled, while energy use in homes – which accounts for 14% of total UK emissions – increased between 2016 and 2017.

Baroness Brown, Chair of the CCC’s Adaptation Committee, said: “This report confirms what we have long-suspected: UK homes are largely unprepared for climate change. The Government now has an opportunity to act. There must be compliance with stated building designs and standards. We need housing with low-carbon sources of heating. And we must finally grasp the challenge of improving our poor levels of home energy efficiency. As the climate continues to change, our homes are becoming increasingly uncomfortable and unsafe. This will continue unless we take steps now to adapt them for higher temperatures, flooding and water scarcity. Our report shows that this work has barely begun.”

Obviously this has been a hot topic for the heating and plumbing industry, as scrapping gas boilers for new build homes would force a huge change to the way manufacturers and engineers run their businesses.

Mike Foster from the Energy and Utilities Alliance (EUA) slammed the Committee on Climate Change for “living on another planet, not trying to save the one we have”.

“We absolutely have to reduce our carbon emissions but we need to take people with us on that journey,” he said. Banning gas boilers is a stupid thing to do. We need to change the type of gas to a low carbon version, such as biomethane or hydrogen. The focus should be on future proofing homes not banning something prematurely. So gas grid connections, using biomethane or hydrogen should still be part of the mix, not banned.”

Rural energy provider, Calor gas, also expressed concerns over the CCC’s recommendation, preferring instead to concentrate on low-carbon fuels like BioLPG, which is chemically identical to standard LPG but is created from a mix of renewable and waste materials. This drop in fuel can run on existing boilers and home heating systems to provide ultra low carbon alternatives for those off the gas grid.

Paul Blacklock, Head of Corporate Affairs at Calor, said: “We’re concerned that the Committee on Climate Change is over-reaching its advisory role by attempting to dictate the technology British housebuilders, homeowners and installers should have to use in future new housing.

“The CCC is completely right to raise concerns about the perceived lack of progress on reducing carbon emissions from heat, but some of its recommendations indicate a lack of understanding and vision about alternative low carbon solutions which could be used.”

Renewables are in support

Unsurprising, the controversial CCC plans have been welcomed by the renewables industry.

Graham Wright, Chairman of the Heat Pump Association, commented: “Although a major short term shift to solely heat pumps would be impractical, extension of the gas grid in rural areas severely risks creating a much bigger negative legacy for the future. What cannot be denied is the ability of heat pump systems of all genres to significantly reduce carbon emissions, even at quite modest system efficiencies, compared to combustion based heating.”

While Phil Hurley, NIBE Energy Systems Managing Director said: “It’s great to see our recommendations reflected in the Committee on Climate Change’s UK Housing report. We are delighted to be acknowledged for our contribution and we look forward to continuing to work with the Committee over the coming months. With plans to build 1.5 million new UK homes by 2022, it is essential that these homes are built to be low carbon, energy efficient and climate resilient. Heat pumps will play a significant role in our energy future and this report published today sets out a series of important recommendations for Government to enable the low carbon transition.”

Some prefer a more pragmatic approach

However, other industry commentators have taken a more pragmatic view, believing that a mixture of technologies and solutions are needed, rather than a black-and-white approach.

Mark Wilkins, head of training and external affairs for Vaillant Group UK, said ‘there’s no silver bullet’ in the fight against climate change.

“Pinning the future of the environment on a single type of fuel or technology is too restrictive and is neither viable with our current infrastructure, nor suitable for the diversity in our communities and housing stock. Instead, a more complex approach is required: one that begins with insulation to reduce energy consumption and incorporates multiple technologies, including heat pumps and boilers powered by hydrogen and other green gases, which are bolstered by intelligent heating controls.”

Darren McMahon, Marketing Director at Viessmann, agrees, calling on the Government to sort out the basics, before looking into the mass rollout of technologies like heat pumps or hydrogen boilers.

“Greenhouse gas emission reductions from UK housing have stalled and we need to act decisively if we are to be successful in deploying at scale low carbon heat technologies such as heat pumps or even hydrogen heating.

“However, mass deployment of heat pumps or hydrogen feels like an overstep if we can’t get the simple things right like ensuring gas boiler installation best practice across the market. This is important not only because it delivers heating bill reductions for consumers and cost-effective decarbonisation, it is also necessary to prepare the stock for the widespread roll-out of low carbon heat technology that needs to operate at lower temperatures. Getting the basics right is important and we should not lose sight of that.”

Do you think that the Government should ban gas appliances by 2025? Let us know on social media or comment below.

New businesses registering on ebay.co.uk will pay zero fees to list or sell until 31st July