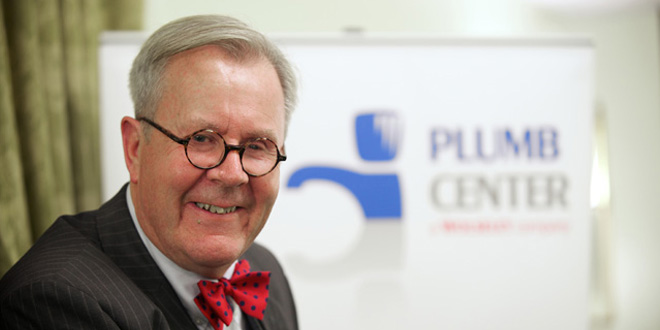 Posted by: Installer Online on October 29, 2014 in Installer Blog 2 Comments

Tim Pollard, Head of Sustainability at Plumb Center, provides anecdotal evidence of how the latest smart heating controls really can make a difference. We’re now entering the heating season when boilers up and down the country are being switched on, and an installer’s life gets very busy. Fortunately, in the Pollard household, we’re prepared.

In the summer, we took the initiative and called in our local installer, Rob Carter, to carry out some improvements on our heating system. We had a new pump installed – the Wilo Yonos Pico A-rated, variable-speed model – but the main reason for Rob’s visit was for him to fit a new set of heating controls.

Installers know all about the benefits of heating controls. It doesn’t matter what device people use to heat their homes, whether it’s an A-rated boiler or a heat pump, without controls they’ll still be wasting energy and their hard-earned cash.

According to TACMA (The Association of Controls Manufacturers), controls can knock 40% off energy bills, yet a whopping eight million homes in the UK are operating without any.

I’ve seen several so-called ‘smart’ heating controls emerging onto the market, but they are mainly a simple room thermostat with web connection – worthy but limited. I was looking for something much more sophisticated and effective.

Then I found Honeywell’s evohome system, which allows total control of home heating and hot water, and makes every room a separate zone. For my installer Rob, it was a quick and simple job.

First, he fitted the hot water controller next to my cylinder, then connected the evohome hub to my wireless router, which lets me control my heating using the internet on my smartphone and tablet.

After that, he installed the radiator controllers, which replaced my existing TRVs, and paired them with hub. All that was left to do was to set the right temperature for each zone and test that it all worked.

So there we are. The job, including the pump installation, was successfully completed in half a day.

I thought I’d share this story with you because it highlights the benefits of installing sustainable technology. I’m happy because I have more control of my heating, which will save me a lot of money, and my installer’s happy because he’s working and he’s got plenty of time left to fit in another job. It’s a win-win.

Tim Pollard is Head of Sustainability for Plumb and Parts Center, and believes passionately in the provision of sustainable construction solutions which are practical, effective and economic. Tim played an instrumental role in launching the Sustainable Building Center in Leamington Spa, which was opened in 2008 as the UK’s first commercial showcase for sustainable building products and construction methods, and is head of the team which is defining Plumb and Parts Center’s sustainable product offer and its commercial implementation. During his 25-year career, Tim has developed a breadth of knowledge which stretches across a wide range of products and technologies together with the implications and requirements of a sustainable supply chain. He regularly] speaks at industry conferences throughout the UK and is actively involved in activities within the local community, especially involving young people.

Why heating and plumbing engineers should watch out for “disruptors”

Are all radiators the same?

Are big tech companies entering the heating and plumbing industry and what does it mean for installers?

What will be the cost of the Government’s housing spending cuts?