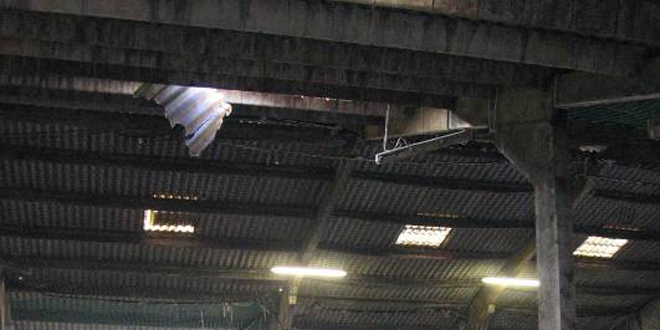 Posted by: Installer Online on February 2, 2015 in Industry News 1 Comment

A solar panel installer has died after he fell through a barn roof.

His employer Eco Generation Ltd has been fined £45,000 after it was found the company had failed to provide vital safety equipment. Gregorz Sobko had been working on the roof of a cowshed when one of the clear plastic panels, designed to let in light, gave way. The 34-year-old from Southport fell five metres to the concrete floor below and died in hospital ten days later.

Preston Crown Court heard that Eco Generation Ltd had been hired to fit solar panels to the flat roof on the cowshed, which was about 20 metres wide by 60 metres long.

Each worker had only been given two wooden planks, known as youngmans boards, to stand on while they worked, despite there being dozens of fragile plastic panels on the roof.

Mr Sobko had been fitting a solar panel just over a metre away from one of the fragile roof panels when he accidentally stepped on it and fell through the roof.

The court was told there were several measures Eco Generation could have taken to protect workers, such installing netting under the panels, placing protective covers over them or putting up barriers.

The HSE investigation found the company had installed netting under some of the panels but not under the one the worker fell through.

Eco Generation Ltd, of Watkin Lane in Lostock Hall, was fined £45,000 and ordered to pay £20,515 in prosecution costs after pleading guilty to two breaches of the Work at Height Regulations 2005.

“Gregorz tragically lost his life because his employer failed to make sure basic safety measures were in place to protect workers.

“The risk of people falling through fragile roofs in well known, and the fact that Eco Generation installed netting under a small part of the roof shows the company was aware of the dangers. However, this didn’t even come close to what was needed to protect the workers.

“The youngmans boards provided were entirely unsuitable and instead a proper working platform or safety barriers should have been erected on the roof.

“It is vital firms carrying out work on roofs take the risks seriously and put measures in place to protect their employees, otherwise we will continue to see the needless deaths of workers like Gregorz.”

Information on preventing falls from height is available at www.hse.gov.uk/falls.