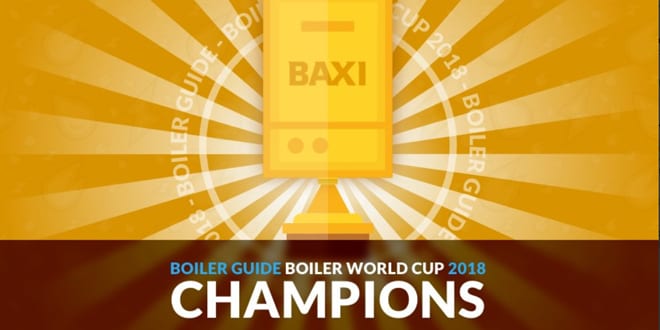 Baxi Boilers has been named the first ever winner of the Boiler World Cup, scooping up the most votes from installers and heating engineers. The social media competition from Boiler Guide gave 20 manufacturers the chance to be named as champion, and Baxi triumphed in a close-fought final against Intergas. Starting with a group stage, then quarter […]