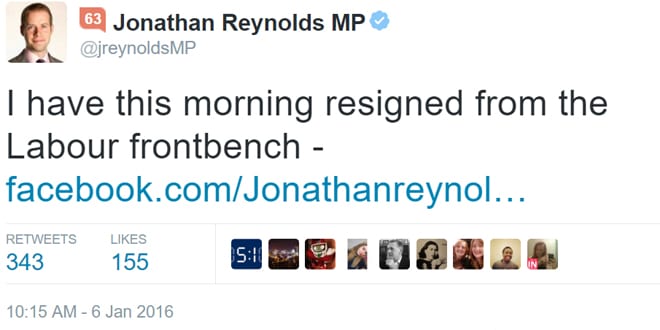 Jonathan Reynolds MP has resigned from the Labour Party frontbench and his position as Shadow Rail Minister. Reynolds was appointed Shadow Minister for Energy and Climate Change in 2013, then took up his new role in Transport after Jeremy Corbyn won the leadership of the Labour party last year. But after Corbyn’s reshuffle, the MP for Stalybridge and Hyde […]