Ten things the industry has learned in the past ten years 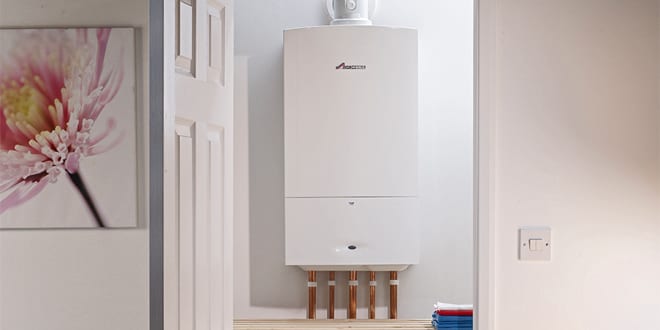 April 2015 marks the tenth anniversary of the legislation that made condensing boilers compulsory for new installations and boiler replacements. Martyn Bridges discusses changes to the industry during this time – and the lessons learned. 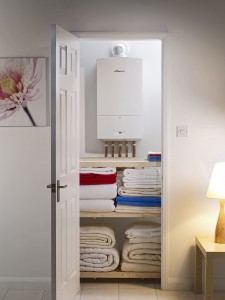 The total number of boilers sold in the UK each year now regularly exceeds 1.5 million units, of which as little as a few hundred are non-condensing. This is a tremendous achievement, and one that has enabled us to focus on heating our homes more efficiently and take greater responsibility for the vital role the HVAC industry plays in the UK’s environmental performance.
Yet while it is clear now that the decision made in 2005 represents one of the industry’s most significant – and successful – milestones to date, when talks began two years beforehand, such a dramatic change to the heart of the industry was an understandably daunting prospect that posed a number of challenges.
Never before had the way the country heated its properties been given such a major ruling to adhere to, and changing the practices of over 100,000 domestic heating engineers was certainly not something that anybody took lightly.
That the change was embraced almost immediately had much to do with the fact that the changeover was a group effort on a grand scale and was a real credit to all the professionals – from installers to manufacturers to merchants – who made it happen so smoothly.
A high level of collaboration was required, as installers were equipped with the knowledge and skillset required to bring condensing boilers into homes nationwide through national training schemes, bolstered by manufacturers’ own training courses.
Milestones and developments
Despite this success, the industry has seen its share of highs and lows during the ten years since the ruling. Like everybody else, manufacturers suffered as the economic downturn began in 2008. Sales fell by around 5% across the board and struggled to recover for a couple of years.
The boiler scrappage scheme, introduced by the Government in 2010, may have come along at exactly the right time to alleviate this fairly testing period – incentivising boiler replacements and encouraging the industry to further improve the energy efficiency of its products.
Then came the winter of 2010, and with it temperature extremes for which nobody was prepared. Hundreds of thousands of resultant frozen condensate pipes forced the industry’s hand. Guidance was introduced to ensure that these pipes would be terminated internally where possible and numerous anti-freezing inventions and devices have since been developed to try to solve the issue – with varying levels of success.
Other, non-mandatory, developments have come about organically – all with the ultimate aim of scraping even more heat and efficiency from these ever-evolving appliances. The installation of system filters, for example, was unheard of ten years ago, yet this year there will be around 800,000 of them installed.
Similarly, flue gas heat recovery units are a relatively recent addition to manufacturers’ offerings – built to perform the task of extracting that little bit more heat from the flue gases in order to make heating and hot water systems even more efficient.
Ten things we’ve learned in the past ten years:
1. The best decisions are not always the most obvious.
Making such a dramatic change to a fundamental aspect of the industry was, perhaps understandably, a point of contention for many. Hindsight tells us that the decision was the right one, but nobody could be sure of that at the time.
2. The industry is adaptable.
It is to the great credit of the industry that such success was achieved despite controversy, and shows that manufacturers, merchants and installers alike are constantly evolving to meet changing demands and conditions.
3. …when everyone pulls together
Arguably, that success can be largely attributed to the collaboration between installers, merchants and manufacturers, Government’s decision makers, and the commitment of each group to making the legislation work.
4. Government legislation can be a help…
Condensing boilers, the scrappage scheme, ECO – there is always the opportunity for legislation to drive the industry forward in tricky times.
5. …or a hindrance
SEDBUK 2009 saw boilers that had reached a SEDBUK Band A (90% and above) rebranded overnight at around 88%, something which was inevitably confusing to the purchaser. Changes to Part L of the Building Regulations in 2010 saw the requirement for all new homes (whatever the physical size) to have an upstairs and downstairs temperature zone – only to be repealed three years later.
6. You can’t predict the weather
The industry had been installing condensing boilers with relative inexperience until the extremely cold winter of 2010 put this to the test. Again, the resolve shown by the industry in dealing with the challenges posed by frozen condensate – for which nobody was prepared – again demonstrated its ability to handle adversity.
7. The industry is innovative
Manufacturers have had to produce numerous innovative solutions to the challenges thrown at them. Be they condensate attachments, system filters or smart thermostats, there seems to be no limit to the ingenuity of manufacturers to squeeze ever better efficiency from boilers with upgrades and attachments.
8. Close relationships with installers are key
It is only through our close relationship with installers that we’ve been able to respond to these challenges – there’s nobody better to let us know if we’re doing our job than those on the front line.
9. Technology is evolving
Boilers are continually evolving to meet the needs of installers and end-users – manufacturers are expected to use new technology to make their products easier to use for everybody.
10. Hybrid can offer the best of both worlds
Through complete system solutions, manufacturers and installers can offer even higher levels of efficiency by tapping into the best features of each technology.
[author image=”https://www.installeronline.co.uk/wp-content/uploads/2015/04/Martyn-Bridges.jpg” ]Martyn Bridges began his career as a heating and plumbing apprentice and has grown up with a strong knowledge of the technical side of boilers. He joined Worcester, Bosch Group in 1986 as a Technical Service Engineer and worked his way through the ranks to become Director of Marketing and Technical Support in December 2004.[/author]