The evolution of condensing boiler technology 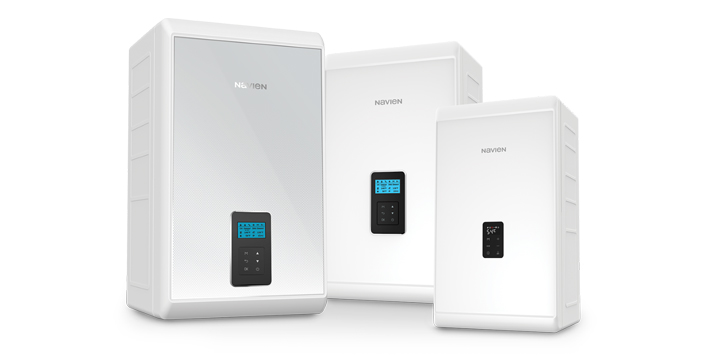 Replacing a gas boiler needn’t be a complicated or expensive process. Thanks to Navien’s vast knowledge and experience of condensing heat exchanger technology, the company has been able to develop a range of boilers that can deliver rapid hot water with constant DHW temperatures to up to three bathrooms at once!

Navien has been developing and manufacturing condensing gas boilers for over 34 years, having created its first-generation heat exchanger back in 1988. This was an aluminium component, developed with the Nefit Buderus Alliance for Research and Technology – and is a design still widely used throughout Europe today.

The move to stainless steel

In 1995, Navien developed the world’s first stainless steel fin-tube condensing (secondary) heat exchanger. In 1998, this received CE mark certification, making Navien the first Asian manufacturer to receive this standard. This also revealed Navien to be ahead of its time, as the company had begun extensive work on this highly efficient technology a whole 17 years before the UK government had even implemented its condensing boiler regulations!

But Navien didn’t rest on its laurels and continued to work on improving its condensing technology even more. This led to the development of a full stainless steel condensing heat exchanger (including plate heat exchanger) in 2005. The third generation of this high-quality component maximised the condensing effect by increasing the total heat surface available, resulting in Navien achieving the world’s highest level of heating efficiency – not to mention excellent long-term durability. This saw the heat exchanger achieve certification from the American Society of Mechanical Engineers (ASME).

Today, Navien has further advanced its heat exchanger design, creating a more compact component that still has energy efficiency at its core. This latest incarnation of Navien’s condensing technology has been utilised in the company’s new NCB range of high efficiency gas boilers, with both the compact NCB500 and NCB300 models benefitting from the fourth-generation, which features high levels of performance and durability, ensuring excellent DHW outputs.

Such a high quality and durable heat exchanger ensures a long lifespan, alongside exceptional levels of reliability while preventing corrosion. This key component has been designed and developed to maximise heat transfer efficiently, as well as cope with a range of high temperatures and pressures – without compromising hot water delivery. 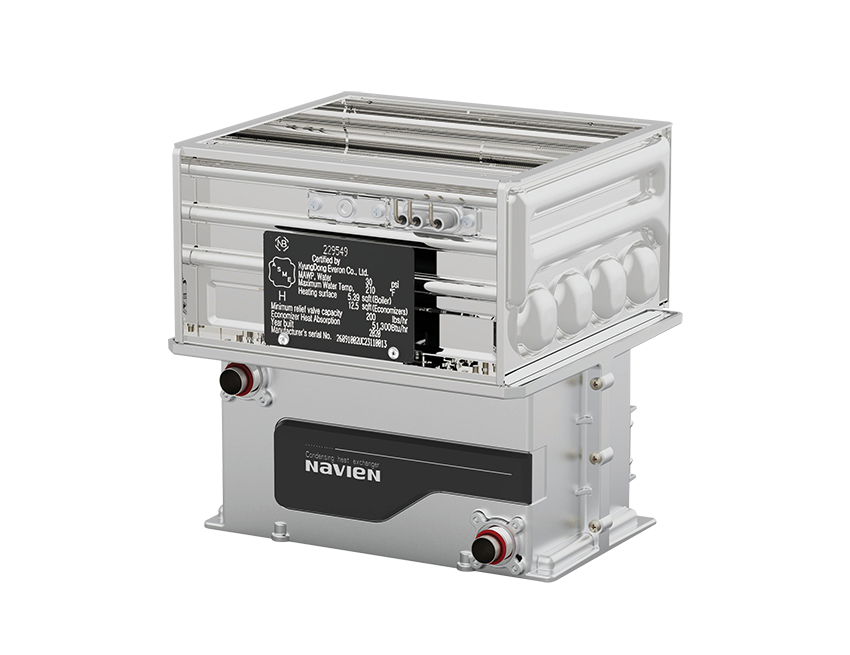 Building upon the excellence of the company’s NCB700 combi boiler (which can deliver hot water to up to three showers at once), the NCB500 and NCB300 complete the range with the high levels of quality and hot water delivery associated with Navien. The entire range also offers high levels of efficiency and durability – and is 20% hydrogen-ready. In addition, the NCB500 and NCB300 units are both capable of fitting inside a cupboard with ease and, when used in conjunction with Navien’s Smart Plus control pack, achieve an industry-leading A+ ErP energy rating.

Not only has 34 years of developing and improving condensing boilers seen Navien rise to number one in the American market, the company has used the same technology to make significant inroads in the UK. Now, with these third and fourth-generation heat exchangers being employed alongside hydrogen-ready technology, Navien is strongly positioned to take the heating and hot water sectors by storm.

Installers can also see Navien’s new NCB range of boilers and find out more about its four generations of heat exchangers at the upcoming InstallerSHOW on stand E131. 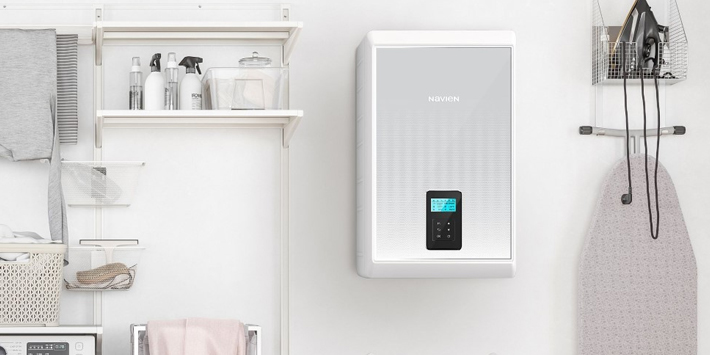 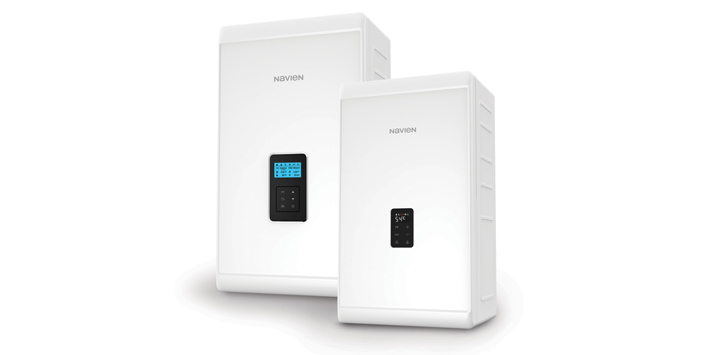