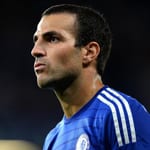 It’s back and it’s bigger and better and we’re not just talking about Liverpool’s new squad. This week we welcomed the return of the most exciting and intense football competition in the world, the Premier League. The opening weekend didn’t disappoint, with goals in every game coupled with red cards and missed penalties. With also some shock results  the anticipation for the next gameweek is already reaching fever pitch.  For this week’s report we will be looking at the new faces who have landed their dream move to England as well as a few returning faces.
GK – Thibaut Courtois
The young Belgian makes his return to Chelsea after spending three seasons with Atlético Madrid. The twenty-two year old returns to Stamford Bridge with an impeccable record. The goalie played every league game for Atlético for three consecutive seasons, a jaw dropping achievement. In that time he played an instrumental part in securing four trophies for the club. Mourinho has started his league campaign with Courtois which could spell the end of an era for Cech. We don’t think the Belgian will let many slip through the net this season.
MF – Ander Herrera
The twenty-five year old Spaniard finally sealed a deal to Manchester United to help form Van Gaal’s regeneration of the Red Devils. It was a tough debut for the former Bilbao player as they welcomed hard grafters Swansea City to Old Trafford. He managed to complete over sixty minutes before coming off. There were glimpse’s of magic and the Spaniard could potentially posses the combination of David Silva and Sergio Busquets. He looks like a regular starter for United and the seven and half million price tag could pay dividends for your fantasy team.
MF – Cesc Fàbregas
The prodigal son returns to London, however not as a red but as a blue. The Spaniard looks to hold the key for a successful season for Chelsea this year. Racking up eleven points on his debut, the former Barcelona man showed the three seasons he spent at the Nou Camp weren’t wasted.  The Barcelona flair was seeping throughout the side thanks to the vision and finesse of the twenty-seven year old. With Chelsea at home to Leicester this gameweek we feel another similar display will be in the pipelines.
MF  – Alexis Sánchez
Possibly one of the most exciting signings this transfer window. The Chilean who had an impressive World Cup looks to continue his energetic displays in the Premier League wearing an Arsenal shirt. He came up with an assist to help Arsenal secure a win in the their first game of the season. The former Barcelona man will cost you a bit but we’re confident he’s going to be scoring alot more than other midfielders this season.
CF – Diego Costa
We know another Chelsea player, however the Brazilian new comer looks to be the beast that Chelsea have been yearning for. Scoring on his debut and racking up six points  is a good start for the former Atlético striker, where he netted forty-three times in ninety-four league appearances. A fantastic record that we reckon could possibly be replicated for the Blues. The prolific attacker will set you back ten and half million however he’s cheaper than Sturridge and could find the back of the net more often.
Not yet in the InstallerLEAGUE, join now for FREE!