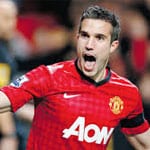 New managers caused problems this week as many ‘dead cert’ players weren’t picked for their respective teams – it seems unlikely that many had Demba Ba to start against Aston Villa on Wednesday night over last season’s surprise package – Lukaku.
Unsurprisingly, the fact that Chelsea played twice in opening week saw many of their players set the pace in terms of point scoring (except in the striker position – Ba anyone?).
Biggest shock
Juan Mata
Selected by 19% of teams (making him the third most popular midfielder in the game), Mourinho’s decision to leave Mata on the bench for the opening fixture  – and only give him 65 minutes against Villa – left many managers scratching their heads and shaking their fists. Is one of last season’s best scorers set for a bit-part role?
Surprise package
Danny Welbeck
Ok, so he’s a regular for England and he’s been in the United team for a while but after bagging only one goal (and 57 points) last season, it seems many were just not interested in picking young Danny Welbeck. However, the faithful 5.7% who did can feel smug about him already doubling his previous goal tally while claiming an impressive 13 points.
The one that got away
Dejan Lovren
That Southampton kept a clean sheet against WBA is not that odd – that an unfancied defender also picked up maximum bonus points probably is. Only 1.9% of managers selected Lovren (seemingly a steal at just £5m) and they’ll be mighty pleased with his 9pt haul. With Sunderland, Norwich and West Ham to come, will his clean sheet count rise?
Inside track
Ross Barkley
Often touted as one for the future but with only 400 minutes of Prem football under his belt, a surprisingly high number still stuck young Ross Barkley into their teams (9.6%). And how they were rewarded – the Everton tyro scored one and claimed maximum bonus points to ensure that he already has more points than last season.
Hit the ground running
Roberto Soldado
Being given a penalty to open your account for your new club might seem like a soft option but penalties can be tricky (ask David Batty/Chris Waddle/David Beckham etc) and getting that first goal is a big relief for any striker (ask Fernando Torres/Diego Forlan etc). Having netted one, it’s probably fair to expect more from Soldado (and the same should be true of van Wolfswinkel and Bony too).
The sure thing
Robin van Persie
He scored 269 points in 2011/12 and 262 last season so – unsurprisingly – he was picked to play for an incredible 46.9% of teams. He duly bagged two and got his season off to a flyer. Tough games coming up in the next two weeks though against Chelsea and Liverpool. Brave enough to bet against him?