Posted on November 28, 2013 by Installer Online 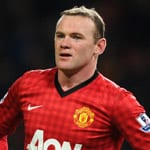 Whenever two top teams go head-to-head, it’s always a test of a manager’s nerves. Will the strikers be able to breach the supposedly top-notch defences or will the quality of the two teams cancel each other out?
Those who fell on the side of backing City’s strikers (or dropping Spurs defenders) must have been feeling pretty smug after the 6-0 annihilation last weekend. I know there were plenty of people who were pretty pleased they benched Lloris!
Repaying the fee
Jesus Navas
It’s been a tricky start for this big-money signing, who, after playing in fits and starts, suddenly exploded into life against Spurs. With his value having dropped by £0.9mil since the start of the season, young Jesus rewarded those who’ve stuck with him by grabbing an incredible 19 points in one game – thereby nearly doubling his season tally in one fell swoop.
Silent partner
Yoan Gouffran
A lot of chat this season has been about Newcastle’s on-loan star, Loic Remy, but Gouffran has been quietly going about his business – including two goals in the last three games. At only £6.3mil, Gouffran offers one of the best points per price ratios amongst the strikers (42pts) and he has already matched last season’s performances in terms, of goals and assists. More to come?
Keep the faith

Wayne Rooney
Ok – so selecting Rooney as a stand-out performer might not seem like a great bit of scouting considering he’s consistently been one of the Prem’s for the last few seasons. However, Wayne has been selected this week for the sheer fact that 16,711 of you dropped him for this week. How did he repay you? With a goal , an assist and three bonus points (11 in total).
Men against boy
Oscar
Emboaba Oscar may look like he’s one of the pre-match mascots that forgot to get off the pitch before kick-off, but this season he’s proved that he can easily handle the rough and tumble of English football. Having bagged five goals already (one more than he netted all of last season), he is quickly establishing himself as Chelsea’s premier attacking midfielder in some illustrious company.
Kevin Mirallas
One of the current crop of Belgian stars, Mirallas seems to have a knack of quietly going about his business before exploding into life every so often. Game Week 12 was just such a week. After a few weeks of steady accumulation, Kevin scored one, set up another and a couple of bonus points (11 for the week, 52 for the season). The real trick though is knowing when he’s next going to turn it on.