Posted on December 20, 2013 by Installer Online 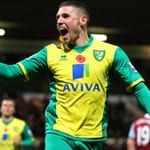 Injuries to some of the league’s most expensive players this week means that there should be a big money scramble as managers attempt to replace the likes of Aguero, RvP and Rooney (75% chance of playing in GW 17).
And so onto the question of replacements. Will Chamakh’s hot run of form continue long enough to warrant bringing him? Can Lukaku exploit a struggling Swans’ defence or is it simply a case of all managers relying on Suarez?
The unknown soldier
Pete Whittingham
Largely a ‘Mr Consistent’, a bumper week for Mr Whittingham (including his second goal of the season) brought 11 points and took his season total to 61 points. At just £5.2m, Pete is easily the best performing ‘value’ midfielder – something that every team needs to balance out the highly-priced stars.
The seasoned campaigner
Jussi Jaaskelainen
One of the most consistent performers ever in the Premiership’s history, Jussi has always been a good bet for a good points-to-price ratio.  Now at West Ham, he still spends most of his time keeping clean sheets for Big Sam – 8 already this season including this this week against Sunderland. After 144 points last year, 78 so far this term means he’s on course to set a PB.
Finding his feet
Gary Hooper
When Gary Hooper arrived from Celtic in the summer, he was under pressure to replicate a scoring ability that had seen him net 65 gaols in 93 league appearances. Injury saw him miss the early weeks, and it’s only as he’s got back into regular games that he’s proving his worth. Four goals in the last six games have seen gain 37 points (out of a season’s tally of 44) since Game Week 11.
Back to his best
Seamus Coleman
When young Seamus first established himself in the Everton team (2010/11), he brought with him goals, clean sheets and assists. The follow-up year was a struggle; last year marginally better. This year, he’s a colossus. Eight clean sheets, three goals and plenty of bonus points mean that he has 90 points already this season – already 16 more than his total haul in 2012/13.
Right back in
Rafael da Silva
One of the reasons for the inconsistent start at Old Trafford has been a lack of consistency in the selection of the back four. With a return to the starting XI for Rafael, United have looked more solid and Saturday’s win at Villa gave them only their fourth clean sheet of the season. Added to this, his link play with Valencia is a solid source of goals and assists.