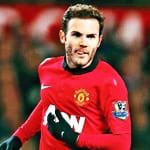 The bank holiday weekend fixtures belonged to the current champions Manchester City. The blues battled it out against a new look Liverpool side who just couldn’t convert their chances. Up steps Jovetic who now seems to have a habit of scoring against the reds. LVG’s United team still couldn’t claim three points away to Sunderland crawling back from a goal down to save their blushes. While Arsenal did something similar to keep Everton from securing three points at Goodison Park. This week we’ve gone for players who made an impression last week and have now staked their claim to feature in this edition of the Scouting Report.
DF – Eric Dier
The new right back for Spurs is making all the right noises at the moment. The young Englishman who singed from Sporting in Portugal has played ninety minutes during both his performances and  has been an unlikely goal source for the North London outfit. Player two and scored two this exciting new English prospect is someone you should be thinking about including in your squad. Costing just over five million he has already racked up twenty-nine points, a remarkable start for a Premier League new boy.
MF – Gylfi Sigurdsson
The Icelandic midfielder has return to Swansea City and has picked up from where he left off. He has played the full ninety for the opening two games of their new Premier League campaign and has been pulling the strings from the middle of the park. His performances has earned him eighteen points so far. This weekend Swansea welcome West Brom to the Liberty Stadium and we have a feeling the six foot maestro will put in another strong display.
MF – Juan Mata
Despite United managing a draw the Spainard put in a delightful display echoing the magical finesse he used to exhibit in a Chelsea shirt. His goal rescued a point for the Red Devils and he was rewarded by completing the full duration of the game. You would fancy United in their next three fixtures which starts this weekend away to Burnley. Just under nine million pounds is quite abit for a fantasy team transfer however looking at the upcoming fixtures it could very well pay dividends for your team.
CF – Steven Naismith
The Everton striker has started the season strong and hasn’t been associated too much with being a prolific goalscorer however it could all change this year. The Scotsman has started and finished both games for Everton and has scored in each fixture. This has give him a points tally so far of eighteen making him the highest ranked striker in the InstallerLEAGUE at the moment. Last season he only managed five goals but it looks like he’s going to smash that record during this campaign thanks to intricate training methods from Martinez. Just over five million pounds for the league’s inform striker is definitely worth it in our books.
CF – Stevan Jovetić
After an injury ridden first season Stevan Jovetić is finally starting to ooze the quality attributes that City paid twenty-two million pounds for. Scoring against Liverpool has never been an easy task however the twenty-four old took his chances and netted twice against the Reds. He will cost you eight million to transfer into your side this week but it looks like he relishes scoring against big opposition and with Arsenal and Chelsea to come in the next couple of weeks this could be a calculated risk worth enduring.
Not yet in the InstallerLEAGUE, join now for FREE!