Posted on February 10, 2014 by Installer Online 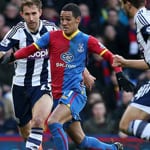 Shock waves rippled around the footballing world at just after one on Saturday when Liverpool went 4-0 up after 20 minutes against league leaders Arsenal. The team with the second tightest defence in the Prem got found out pretty quickly by the in-form ‘Triple S’ strike force. Elsewhere, Eden Hazard backed recent claims he could be ‘as big as Messi and Ronaldo’ with a hat-trick that propelled Chelsea to the top of the pile.
John Ruddy
Not many people would have backed a struggling Norwich outfit to keep a clean sheet against free-scoring Man City, and yet they made it 3 out of the last four games – thanks in no small part to John Ruddy. In World Cup year, Ruddy is doing his chances of getting on the plane to Rio no harm at all – nine cleans sheets so far in 2013/14 is as many as the previous two seasons combined. Plus, at only £5 million, he’s got a great points-to-price ratio.
Tom Ince
After what seems like an age, Tom Ince has finally made it into the Premiership and it appears to have been well worth the wait. A goal, an assist and 3 bonus points mean that Ince Jr’s debut game must have been one of the more successful in recent seasons. And with Palace seemingly right on track, is it fair to expect more of the same from the youngster?
Kevin Nolan
After a relatively slow and disjointed start to the season (not helped by a couple of red cards within a month), Kevin Nolan seems to have burst into life. Four goals in his last two games show signs that the usually-reliable points-scorer (140 in 2011/12 and 149 in 2012/13) might be back to his best – and how West Ham could do with him. Norwich and Southampton are next up so he might be worth a sneaky bet.
Shane Long
After falling out of favour at West Brom, Long’s long-awaited move to Hull City seems to be paying dividends with two goals in the last two games – taking his season’s tally to five. After eight goals in the past two seasons, Long could be the answer for a Hull team that his averaging only a goal a game so far this season and still has Robbie Brady as his top scorer with three.
Raheem Sterling
Sturridge and Suarez may be attracting the vast majority of plaudits (and rightly so) but Raheem Sterling gave the kind of performance on Saturday that would have Woy Hodgson sitting up and taking notice. Five goals and four assists this season (1330 mins) may not seem like eye-catching form, but considering he only got netted twice all season last year (1748 minutes) , the World Cup might just be beckoning.