Posted on February 21, 2014 by Installer Online 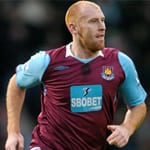 This week Arsenal had a point to prove and what a better way to do it than at home to Manchester United. Unfortunately this once tasty fixture for neutrals around the world produced a goalless draw, albeit some impressive displays from the keepers at either sides. Chelsea who were held to a surprising 1-1 draw at the Hawthorns meant the blues were propelled to pole position of the table. Back in West London there was late drama between Fulham and Liverpool! A late penalty decision meant that Liverpool escaped Craven Cottage with a big three points to keep them in reach of a Champions League place.
Bentaleb
The 19 year old has been somewhat of a revelation since Tim Sherwood gave the Algerian the opportunity to start for Spurs. The youngster is making all the right noises in the middle of the park for Tottenham and is fast becoming a key component towards a vital campaign to achieve Champions League qualification. Having played ninety minutes in his last six games the £4.5m rated player has racked up twenty-six points already.
Ivanovic
The tough Serbian fullback made an appearance in one of our earlier reports, but the Chelsea unit has been impressing of late and has even been notching a few goals in to add to his tally. He has only missed two games for Chelsea this season and is definitely vying for Mr Consistent. In the last five PL games for Chelsea he has played ninety minutes each and has racked up forty-four points. We expect there is more to come from this man.
Collins
At £4.2m James Collins now seems like a bargain buy to fill that hole in your defence. The West Ham guardian has been pivotal to the current form of the Hammers and their pursuit of escaping the drop. Clean sheets in the last of his four games has meant the Welshman managed to ascertain thirty-six points. At the price and the current morale of Allardyce’s squad this doesn’t seem a punt at all.
Anichebe
Standing at 1.85m the Nigerian target man has only been lucky enough to score three goals this season, which for a forward is far from prolific. However if you’re looking for a striker who has found a good run of form of late, then this is your man. Mainly being utilised by West Brom as an impact player he sure is making an impact at the right times. Having scored two in his last three we have a funny feeling he might grab something when a struggling Fulham side visit.
Coutinho
Since Sturridge made his return Philippe Coutinho has been making a real difference to this new shaped Liverpool side. The little Brazilian brings that added extra flair that the Reds have been missing for the past few years. He’s not cheap by any means however with Swansea and Southampton coming up we suspect they lack the awareness to keep this little magician under wraps. Alongside Gerrard, Coutinho provides an additional feed to the SAS which has already paid dividends.