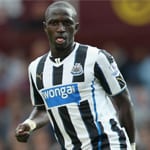 The past couple of weeks has seen the fixtures pile up and the cracks are starting to emerge. Squads playing with whittling numbers and not having the quality in the ranks is starting to affect results. Arsenal suffered defeat away to Stoke and with Liverpool winning on the road they leapfrog the Gunners to take second place. Chelsea managed back to back wins in the their respective London derbies to give them a seven point lead at the top of the Premier League. Manchester City return back to league action this weekend and are fresh from cup exits that may be the catalyst they need for them to shift focus on their title bid. A weekend of big games excites all senses and could lead to a switch up at the top.
Benteke
The big Belgian has be struggling to find form of late, however it’s possible the forward could have once again unearthed his impressive attacking prowess that got him recognised in the first place. He netted two against Norwich which seems to have boosted his confidence. They welcome Chelsea to Villa Park, by no means an easy game but could be the perfect opportunity for Benteke to stamp his offensive power.
Cazorla
He hasn’t been making the big headlines but Sanit Cazorla has played every minute of Arsenal’s last five league games and has consistently brought points in. With the Gunner’s injury woes heightening this weekend away to Spurs could provide the Spaniard with the chance to shine once again and to pull the strings for the Arsenal strikers.
Terry
Another Chelsea defender makes into the scouting report again this week. John Terry has impressed in his last few games racking up twenty-five points in his last three games which has seen him play ninety-minutes of each and just concede just the one goal. They travel to Aston Villa this weekend, will JT be able to keep Benteke under reigns?
Sissoko
The Newcastle midfielder bagged two goals with their win over Hull City in their last league fixture. He has played the full length of each of the Toon’s last nine games. The last match saw the Frenchman bring in 15 points thanks to his new role. Since Cabaye left the army Sissoko has found himself in a different type of role through the centre which has provided him with the attacking freedom he has been pinning for. We should expect to see him fulfil this position once again away to Fulham at the weekend.
Baines
With the World Cup on the horizon, every minute Baines can play is another opportunity to showcase both his defensive and offensive capabilities. His last game against West Ham saw the left back bring in eleven points. The Englishman has played ninety minutes in the last nine of Everton’s league fixtures. They welcome a struggling Cardiff side who can’t afford to give Baines the space he needs to help enforce the Everton attacks.