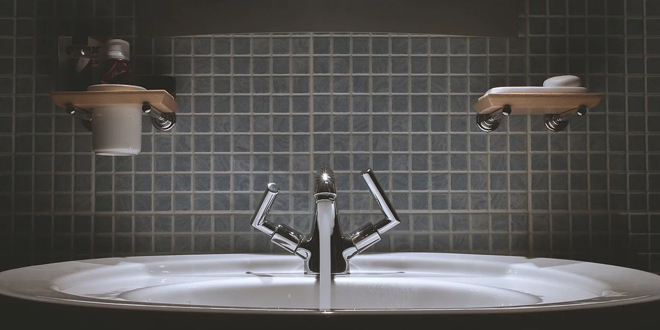 Posted by: jsharpe on January 28, 2020 in Industry News Leave a comment

New research from Triton Showers has revealed the top 20 issues that couples are most likely to see red about when it comes to the state of their bathroom.

The study of 2,000 adults, researched the nation’s bathroom habits which revealed that leaving hair in the shower tray or basin after shaving and ghastly smells were ranked in the top 20 common causes of disagreements between those sharing the space. The calming effect of a good quality shower cannot be underestimated it seems.

Find out what score you get for your bathroom habits: tritonshowers.co.uk/bathroom-wars

With life moving at 100 miles an hour, it can be all too easy to leave clothes on the floor or not put the toilet seat back down when finished as other things take priority. However, with 65 per cent of adults admitting getting into an argument with their partner over the state the room is left in, it might be time to show a little more consideration.

Bad bathroom habits not only cause fall outs but in some extreme cases have led to break-ups with nearly one in five people admitting to having split up with someone as a result of feeling so frustrated by the other person’s bathroom antics. This shows shower time is so important to some, that it’s worth becoming single for.

Tina Simpson, Marketing Director at Triton Showers, commented: “Bathroom nightmares – we can all relate to them. The most we can hope for is a bit of piece and quiet when we’re actually in the shower. This shows how passionate Brits are about this room of the house, and how essential it is to be clean.

“Whilst the habits of many can’t be controlled, it’s still seen as a place you go to relax and spend some time getting away from the stresses of daily life. This emphasises the need to take extra care of this space so it remains a safe haven.”

Some couples have found a way to protect the peace in this space, with one in 10 adults claiming to have had an additional bathroom installed in their home as a result of finding their partner’s habits annoying. This alleviates bugbears such as the toilet roll being hung the wrong way, someone walking in while you’re on the toilet, and bathroom hoggers.

A further one in 10 have insisted when they last moved, they looked for a home with two bathrooms to avoid their partners irritating actions, such as not wiping away excess water after showering or spraying toothpaste over the mirror.

Surprisingly, men tend to spend longer in the bathroom trying to get away from daily stresses, averaging at 13 minutes compared to women who spent an average of 11 minutes enjoying the bathroom as a time out zone.

Tina Simpson, added: “As difficult as it is to agree with others on the acceptable state of the bathroom, once it’s right, it’s right – and it’s seen as a place of refuge by many from life’s daily grind.

“The importance of a good shower cannot be underestimated, whether it’s starting the day right, or relaxing once you get home from work after the end of a long, hard day. So, hopefully Brits can be a little more accommodating to each other so everyone can enjoy the bathroom.”

Digital showers are the most sought-after bathroom technology for householders