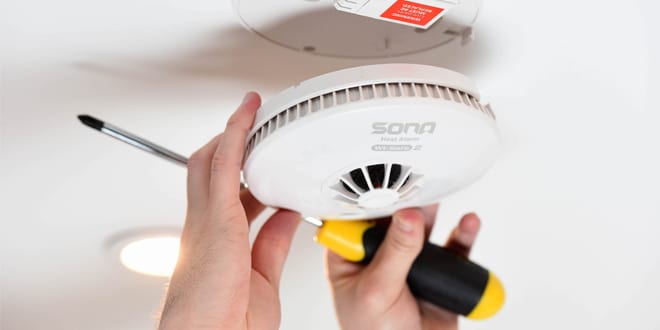 Every year, thousands of people are admitted to A&E due to injuries caused by fire or with suspected carbon monoxide (CO) poisoning.
From these statistics it’s quite simple to see the importance of not only the correct selection of smoke and CO alarms, but also ensuring installation in the correct location.
Jeremy Roberts, Sales Director of SONA, offers advice on what considerations installers should take into account when installing alarms.
What types of alarms are available?
Below is a list of the sensor technology used in most alarms available in the UK.
Smoke alarms
Ionisation:

Do not install smoke alarms:

Do not install CO alarms:

Location of alarms
The positioning of alarms is vitally important in order to ensure effective detection in the event of a fire or CO incident. It is the responsibility of the installer to make sure the alarm locations comply with any applicable building regulations, but below is a basic guide to follow.
Smoke alarms:
Flat ceiling:

Carbon Monoxide alarms (when there is an appliance fitted):
Ceiling mounted:

Wall mounted (in a bedroom):

Wall mounted (in a room where there is no appliance fitted):

Carbon monoxide alarms should be installed in any room at potential risk from CO gas, such as those with a flue hidden in voids. It’s important to remember that deaths have occurred from CO gas leaking in from a neighbouring property.
Since October 2015, it is the legal responsibility of private landlords to install CO alarms in rented property in England. New guidance in Scotland since December 2015 requires CO alarms to be installed in private rented properties to provide warning if CO gas is present in a concentration that is hazardous to health.
Buying and fitting alarms, and ensuring they are carefully and properly maintained, could provide precious extra minutes in which to escape a serious fire or CO incident. With the important role that smoke and CO alarms play in saving lives, it is vitally important installers have a good understanding of not only what alarm technologies are available, but also the ideal location of each alarm to offer the most effective levels of protection.
For more information on SONA please call 0800 171 2009 or visit www.sonasafety.com. 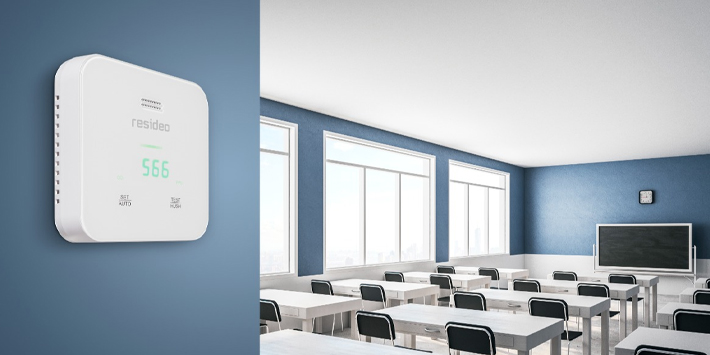