Vaillant welcomes consultation on changes to Part L, but asks if it goes far enough?

Home » Vaillant welcomes consultation on changes to Part L, but asks if it goes far enough? 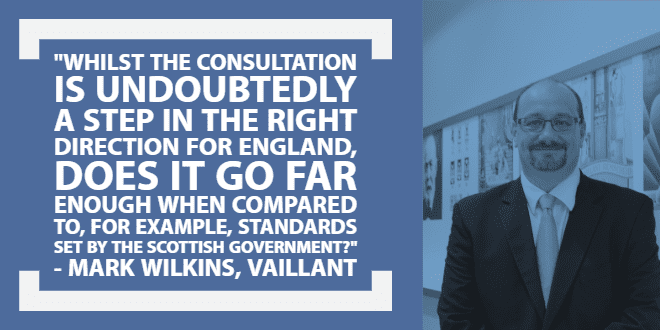 The Ministry of Housing, Communities and Local Government has published a consultation on The Future Homes Standard: changes to Part L (conservation of fuel and power) and Part F (ventilation) of the Building Regulations for new dwellings.
Mark Wilkins, Head of Training and External Affairs for Vaillant Group UK, welcomes its publication, but asks if it could go further:
The much anticipated Buildings Regulation Part L consultation arrived at the beginning of this month, which presented two possible routes for 2020. The first, a 20 per cent reduction in carbon emissions based on high fabric standards, including triple glazing. The second, and the government’s preferred route, a 31 per cent reduction based on carbon saving technology and greater fabric standards.
The outcome of the consultation will give a clear direction for the Future Homes Standard, which will be implemented in 2025. This will include the fabric standards of option one alongside a low carbon heating system, with heat pumps and heat networks named as the main technologies to deliver heat to new homes. It is anticipated that this strategy – based around a heat pump, waste water heat recovery, triple glazing and minimum standards for walls, floors and roofs – will deliver a reduction in carbon emissions of 78 per cent.
Vaillant Group welcomes these proposals, and as a manufacturer of both gas boilers and heat pumps, is well placed to deliver both the 2020 route outlined in the consultation and the 2025 measures to meet the Future Homes Standard.
However, whilst the consultation is undoubtedly a step in the right direction for England, does it go far enough when compared to, for example, standards set by the Scottish government? The results of the 2018 Scottish Building Regulations review of energy standards are yet to be revealed and won’t be until 2021, but, emissions from new buildings constructed to current Scottish standards, as set in 2015, are already achieving a 75 per cent reduction on 1990 emissions level. This is only 3 per cent below the UK’s anticipated reductions for 2025.
The consultation, whilst extensive, falls short of presenting a prescriptive way to comply. This is hardly surprising, and indeed welcomed, for the flexibility and scope it offers for innovative new technologies.  However, some of the suggested minimum efficiency levels aren’t necessarily as challenging as they may seem at first glance. The current regulations are also not prescriptive, and as a result, we see developers mixing different technologies to suit their needs and meet the targets set by the regulations. The solutions used differ geographically, by property type and by developer, and the rationale for choosing different technologies depends upon any number of reasons, not least cost. So, whilst not being prescriptive is good, we have to ask whether we are challenging ourselves enough with the minimum levels.
Overall, the consultation is a good start. It suggests two viable routes for 2020, and provides an insight into the Future Homes Standard for 2025. However, there’s further to go, and a harder line to be taken if we are to catch up with those setting the bar for emissions reductions. 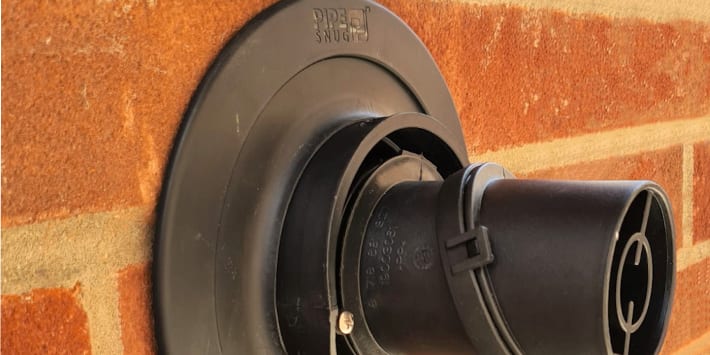 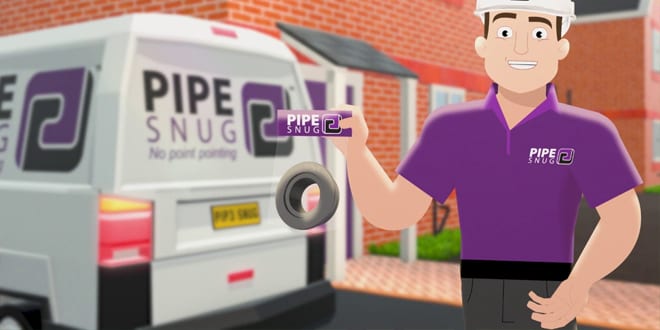