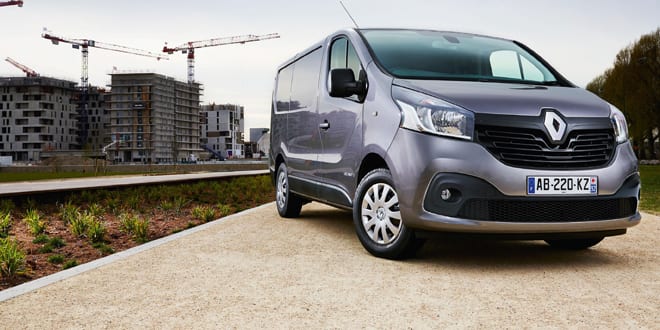 Having topped the European LCV market since 1998, Renault is set to renew its Trafic range this summer. Designed to serve as an office on wheels, its cabin features a raft of bespoke equipment, including mobile phone and tablet cradle mounts, space for a laptop computer, and a removable A4-size clipboard to simplify the lives of business customers.

Meanwhile, with fuel economy of up to 49.6mpg (combined)*, the model’s new range of engines combines fuel efficiency and performance, with up to 340Nm of torque and power output of up to 140hp. On average, business users will see their fuel economy improve by 5.8mpg compared with Trafic II, a saving of £1,200** over a period three years. Attention has also been paid to the cargo area which now boasts the market’s longest load-carrying ability (L2 version: 4.15 metres). It also retains the same cubic forms which were acclaimed by Trafic II owners.
The fact that All-New Trafic will be made in Sandouville will ensure the French plant’s long-term future. It also means that Renault now has three factories in France for the production of its entire European market-topping van range.
All-New Trafic’s robust yet dynamic lines include a front end which embodies the Renault brand’s new styling identity, while radical changes have been made to the interior. Designed to be both practical and comfortable, the cabin features passenger car cues for an attractive, quality feel, along with 14 stowage solutions to house the everyday items employed by business users.
The cabin has been thought through to serve as an office away from the office and packs clever solutions to ensure that the driver’s mobile phone, tablet and laptop computer are always within easy reach. All-New Trafic’s cabin also provides a market-best total stowage capacity of 90 litres to simplify life on the move for business users.
Flaps incorporated at the bottom of the bulkhead and beneath the front bench seat provide market-leading carrying ability in terms of maximum load length (up to 4.15 metres for the L2 version). Other new user-friendly features have been added to the All-New Trafic range, including an interior overhead rack which enables use of the cargo area to be optimised.
Renault’s engine specialists have provided All-New Trafic with a new range of engines featuring technologies derived from Renault’s success in Formula 1. These engines have been adapted to meet the needs of business customers and combine fuel efficiency with responsive performance. The fuel consumption of the Twin Turbo engine stands at a record 49.6mpg* (149 g CO2/km*).
* Fuel consumption figures homologated in accordance with applicable procedures – combined cycle, L1H1 version 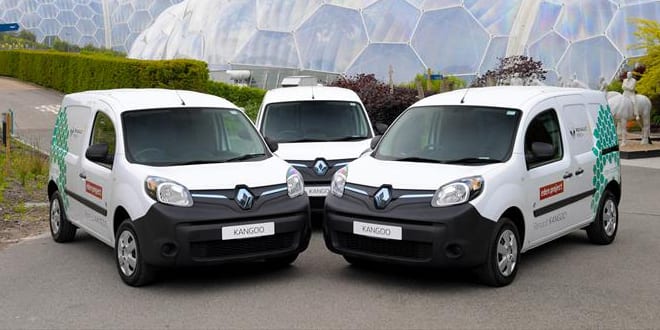 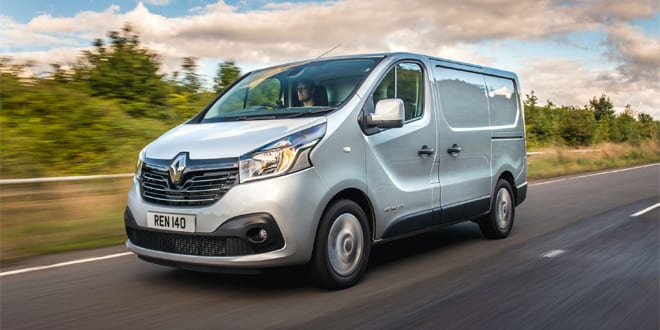 Best ever year for Renault van sales in the UK