Posted on September 17, 2012 by Installer Online 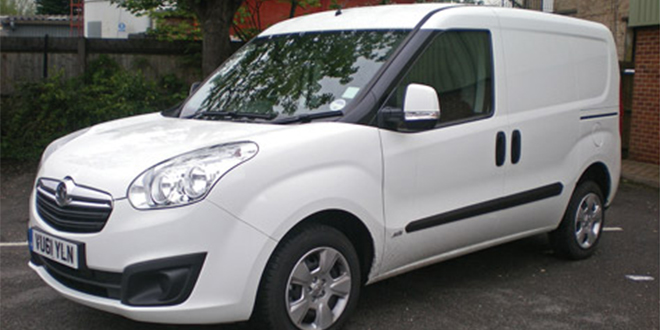 Cheaper to run and more practical around the town, the smaller van is a very appealing option for many installation businesses – big and small.
Of course, load space is sacrificed but with careful planning and effective monitoring of stock – plus the addition of roof storage – opting for a more compact vehicle can be a very practical solution.
After taking Fiat’s version of a mini flatbed out on test last time, I was looking forward to getting back behind of the wheel or something more familiar – although it must be said there was still something naggingly similar to that Fiat here.
On the road
Generally, the Combo drove really well. My only real issue was that first gear was very short and, because of the van’s small engine, you had to change gear almost immediately, which was sometimes a nuisance when pulling out at junctions. However, once you adjust your driving style and take this into account, it’s fine.
It could do with an extra gear on the motorway where the engine feels as if its working quite hard at the national speed limit, but if you reduce down to 50mph this becomes less of an issue.
The handling is good due to the responsive steering and balanced suspension, and the van seems good on a variety of road types – motorways, side roads and the odd twisty country lane. Great steering lock and good vision from the front and rear window (not something found on many vans today) coupled with the rear parking sensors meant this van was very easy to park. It’s also quite small compared to my normal van, and I was quite surprised at how small a space it would actually fit into.
It’s certainly not one of the quickest vans I’ve tested – the initial pull away feels a bit sluggish but once you get going it’s not too bad. In reality, though, top speed isn’t going to be the reason you choose to drive this van – it’s the economy and size that will influence your decision. And both of those are strong points for the Combo.
The on-board gauge was showing a combined fuel consumption of 46mpg but on occasions the reading was up to over 50mpg. This was over a variety of road conditions and a sixth gear may even help to improve this further.
Inside story
Moving into the cab, the interior was well laid out and had a good ergonomic feel. Interestingly, it was almost identical to the Fiat Doblo from the last Test Drive (June 12). There were plenty of storage areas, including an overhead shelf and a small shelf in front of the glovebox for pens etc.
All the controls were easily accessible and well thought out. In addition, there was plenty of space to move the driver’s seat back so that even very tall drivers should be able to drive this with some degree of comfort – that’s something quite unusual for small vans.
The seats themselves were comfortable and adjusted in many different ways so it was only a matter of time before I found the correct spot. The steering wheel was adjustable for height and reach so it wasn’t too long before I found the best position.
The cab interior had a solid feel and everything inside felt like it was built to last rather than trying to be gimmicky, which is what you want from a space that is effectively your office during working hours.
As with all vans of this size, a gas installer would have to buy a roof-mounted pipe storage tube as there is not sufficient room in the load area to fit in lengths of copper tube. That said, the load area wasn’t too bad for other general equipment such as tools and pipe fittings. It was easily accessible through the side and/or rear doors and the floor height was fairly low to make loading of large items easier.
Overall impressions
Overall, I was pretty pleased with the Vauxhall Combo. It had a solid feel to it and appeared to be very economical, achieving over 50mpg at times. It was reasonably comfortable and, for a small van, it also had an impressive load area. Overall, a solid effort at cracking the smaller van market.
There were a couple of things that I didn’t like though. The Combo has blind-spot mirrors that I found to actually be unhelpful, and the radio also really bugged me – it doesn’t turn off with the ignition but supposedly turns off after a period of time. However, on a few occasions, I got out, walked away and later returned to find the radio was still on. I know it’s only a small thing but it became really annoying having to turn the radio on and off every time.
There are plenty of small vans to choose from at the moment. Interestingly, Fiat and Vauxhall appear to have shared the development and construction of their latest small vans which – unfortunately – takes away some of the impact of the look and styling. That said, this van is certainly worth a test drive if this is the style/size of van you’re looking for. I would consider one myself – if something could be done about the radio. 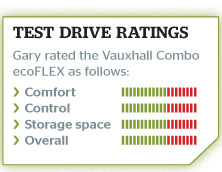 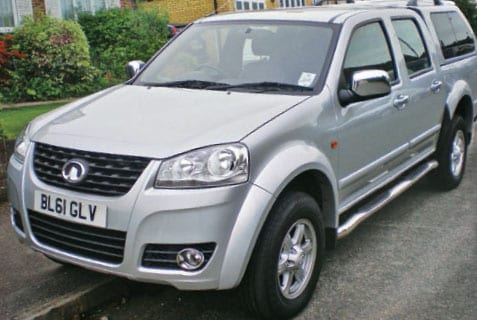