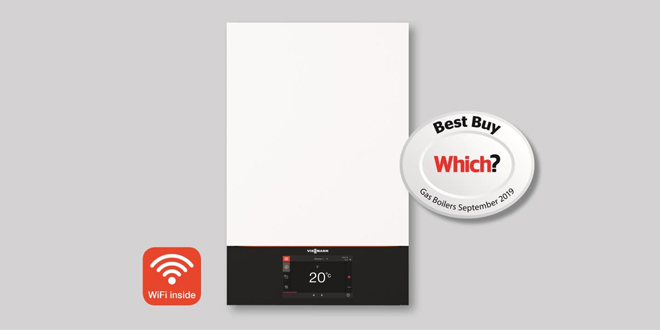 Posted by: jsharpe on September 24, 2019 in Industry News Leave a comment

Viessmann is described as a “very smart choice” by the respected UK consumer organisation in its annual survey.

Offering a comprehensive range of domestic gas-condensing boilers (from 11 kW to 60 kW output), Viessmann excels in reliability and engineer recommendations, as well as customer scores and build quality.

The independent Which? survey, carried out earlier this year, is based on feedback from 171 registered Trusted Traders heating engineers and 8,458 domestic customers according to robust criteria.

Noting Viessmann’s consistently strong performance alongside much larger UK players, Which? stated: “Viessmann is a bit like Leicester City winning the Premier League in 2016 but, unlike Leicester, it’s been able to maintain success year after year.”

Graham Russell, Viessmann Managing Director commented: “We are immensely proud of this achievement and it directly reflects hard work and commitment of the whole UK team, not just for the last 12 months but over several years, to attain this recognition.

“Our overall Which? rating has increased steadily, telling us that the continued investment we are making to constantly improve our customer service and operations is having a positive effect. By growing our in-house team and improving response times to both engineers and end-users, we aim to challenge and exceed expectations with exceptional levels of service. We are confident that this strategy, together with the coveted Which? status, will continue to build our reputation and profile across the UK.”