Posted on September 24, 2013 by Installer Online 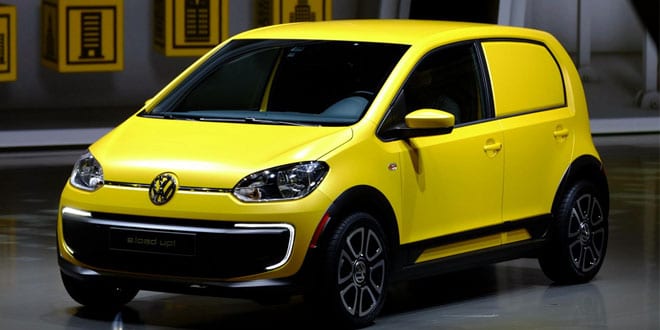 Van version of the smallest electric Volkswagen is designed for all-drive systems and could be set to supplement the fleet of light commercial vehicles
How big does a van need to be? The answer, of course, is the right size for the job. Too big is inefficient, and so is too small. In the case of an agile city delivery vehicle, which is just as suitable for service technicians as it is for couriers, pizza deliveries or social services, 3.54 metres is fine. The result is the load up! – an economical, highly flexible compact vehicle with a seat for the driver, a fold-up passenger seat and over 1 m3 of space in the back.

The concept. The idea behind the load up! is that a very small van that carries correspondingly small loads is able to operate more efficiently than a larger vehicle if, when larger volumes need transporting, the operator can rely on a fleet of sister vehicles. The key idea here is collective intelligence. The advantages are obvious: small, agile vehicles are ideal for large, congested cities. For reasons of efficiency conventional delivery vehicles are not dispatched from the logistics centre until they are full to capacity.
This means that the first 10 parcels have to wait for the next 100 before they can be delivered. That’s not the case with the e-load up!. Its electric motor also makes driving in zero-emission zones possible. The e-load up! is small, inexpensive to maintain, flexible and environmentally friendly. It is a light commercial vehicle in the best sense of the term. It is based on the passenger car version of the Volkswagen e-up!, which is available to order now in certain markets. Given the right level of demand, a commercial vehicle version, such as the e-load up!, could be available soon.
The background. Volkswagen Commercial Vehicles presented an electrically powered concept vehicle six months ago at the Geneva Motor Show: the Volkswagen e-Co-Motion. The Hanover-based specialists for light commercial vehicles are confident that commercial customers in particular, as a result of their existing service infrastructures, have a good basis for the efficient utilisation of battery electric vans. However, with a length of 4.55 m the e-Co-Motion is in a different league to the e-load up!: an electrically powered vehicle of its class would, however, perfectly fill the gap in urban delivery services between the load up! and large trucks.
The facts and figures. Compared to the passenger model the cargo capacity of the load up! has increased from 951 to over 1,400 litres. This urban delivery van weighs 1.164 kg and can carry a total load of 306 kg – which certainly ought to be enough for any pizzas or parcels!
It is powered by an almost silent electric motor with maximum power output of 60 kW / 82 PS. Continual output is 40 kW / 55 PS. Its maximum torque of 210 newton metres is available from start-up. It accelerates from 0 to 100 km/h within 12.4 seconds and reaches a top speed of 130 km/h. The lithium-ion battery integrated into the floor has a storage capacity of 18.7 kWh. Thanks to the low vehicle weight, the e-load up! can travel up to 160 kilometres (NEFC) on a single charge.
As in the e-up! model, the interface for charging the battery in the e-load up! is concealed under the ‘fuel cap’. Available as an option is the CCS combined charging system standardised by Volkswagen and other manufacturers. It supports both direct and alternating current charging, so that the vehicle can be charged at the majority of charging stations, regardless of electricity source or charging speed on offer. In this way the e-load up! can be back to 80 per cent of its battery capacity in just 30 minutes.
However, the power train concept of the smallest van in the Volkswagen fold goes one step further. If the customer wants a different form of drive system, that’s no problem either: the Volkswagen load up! can naturally be ordered with any of the passenger car version’s standard power units: from the economical petrol engine to the excellent natural gas one.
For the latest updates follow Volkswagen Commercial Vehicles on Twitter @Volkswagen_CV or Facebook: facebook.com/VolkswagenCommercialVehiclesUK 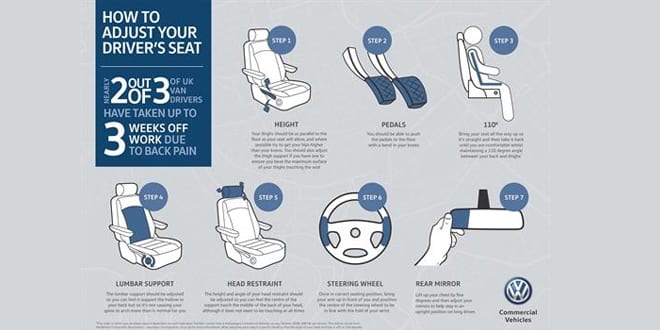 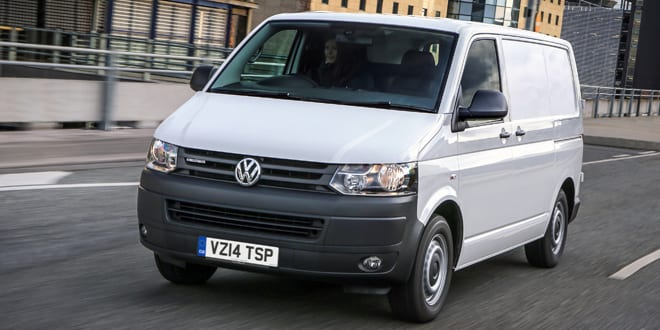