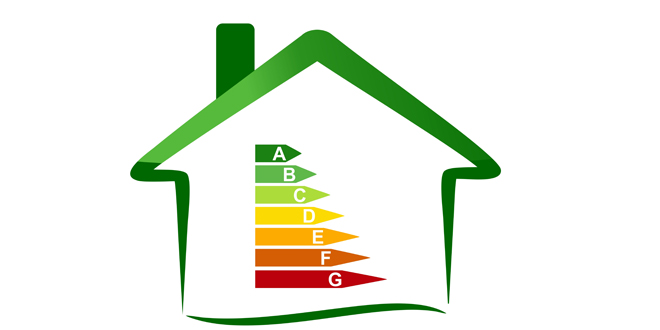 Posted by: jsharpe on August 19, 2015 in Industry News Leave a comment

What went wrong with Green Deal?

The Green Deal scheme was one of the most hotly discussed topics of 2012, but was scrapped in July 2015 and branded as a total failure. Karim Goudiaby – Chief Executive Officer of Easyrommmate – looks at what went wrong with Green Deal: The Green Deal scheme was one of the most hotly discussed topics of 2012, with many claiming it would greatly improve the UK’s energy efficiency.

Launched in 2014, its goal was to encourage landlords, tenants and home owners to implement energy efficient measures and claim back up to £7,600 for these improvements. To the surprise of many, the Green Deal scheme was scrapped by the government in July 2015 and was branded a total failure.

Scrapping the deal without any clear replacement stands to worsen the situation. In fact, research from Easyroommate suggests that 60% of landlords have no intention of investing in their property to make it more energy efficient.

Where did things go wrong?

Despite the government’s best efforts, there were many problems from the start. This scheme was built on the concept of landlords being better off by borrowing money from the government for energy efficient improvements given the repayments would be minimal. In reality, borrowers were actually hit with high interest rates. In addition, excessive regulations in the UK meant that loans could take up to 30 days to be granted, which frustrated landlords. As a result, participation was very low and scams emerged eroding the trust of the scheme.

What is the solution?

Although I am a firm believer that the most cost-effective way to save energy is by changing our consumption habits, it would have been more appropriate to scrap the Green Deal with a clear replacement scheme in place. The industry big players and the government should work hand in hand to promptly implement an accessible scheme to help promote energy efficient homes.

Caring for the environment is our moral imperative and cutting carbon emissions is our duty. By being energy efficient, landlords will reap the benefits. Not only will it raise their property value, but it will also result in lower energy bills for tenants and a higher EPC rating. David Cameron claims this is the ‘greenest government ever’. How can one proclaim such a bold statement when the government not only scrapped the Green Deal scheme but many other energy efficient projects throughout 2015? Frankly, I think that the government is not doing enough to develop solutions that will benefit tenants, landlords and the environment.

Furthermore, scrapping the deal without any replacement will make it impossible to meet the initial goal of having all the properties rated E by 2018. In my opinion, because there is no funding available, there will be no incentive for landlords and homeowners to become more energy efficient and improve their EPC rating (as our survey showed)

Easyroommate has partnered with the Mayor of London, on the London Rental Scheme, with a goal to improve the overall quality of the Private Rented Sector. Within the scheme, one of the key criteria is energy efficiency. ‘Landlords must work towards compliance … related to requests for energy efficiency improvements by tenants and in relation to low ratings in energy performance.’’

We recommend all landlords in London become accredited by the London Rental Standard.

With no real noticeable difference in carbon emissions reductions and landlords still not valuing the importance of making their properties more energy efficient, the government should act now. Conversations need to take place with leaders in the Private Rented Sector and energy efficiency industry to understand where things went wrong.

The government should then swiftly implement a new scheme which is not over regulated and incentivises landlords to invest in energy efficient property improvements offering tax benefits and low interest rates on loans taken to complete such work. We also urge other cities in the UK to follow the example of London with the launch of the London Rental Scheme.