What are the low-carbon alternatives to fossil fuel boilers?

Home » What are the low-carbon alternatives to fossil fuel boilers? 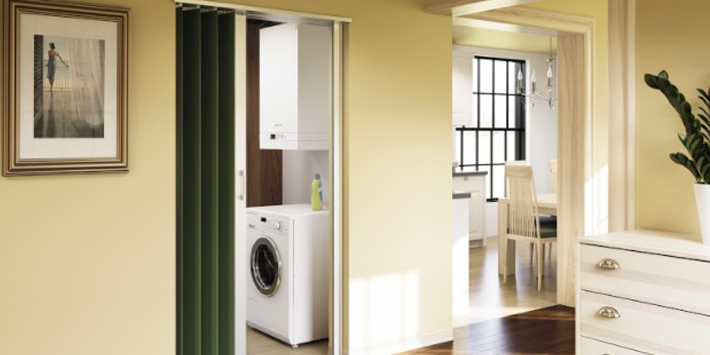 Myles Robinson, Co-Founder of Boiler Central, shares his thoughts on how low-carbon alternatives to fossil fuel boilers need to be affordable to avoid further rises in fuel poverty.

The UK Government aims to reach net-zero carbon emissions by 2050. As part of the drive for a cleaner country, fossil fuel boilers will be banned in newbuild homes from 2025, as part of the Future Homes Standard. Heating is responsible for nearly a third of the UK’s greenhouse gas emissions, according to the Committee on Climate Change. In order to reach this goal, new heating technology must be ready for installation in just under four years. With over half of the UK’s electricity currently derived from fossil fuels, this will prove challenging.

Although there has been feedback from environmental groups, construction businesses and the home-building industry, what does the gas boiler ban actually mean for homeowners and tenants?

With 160,000 new homes built per year, according to the National House-Building Council, it makes sense to build with low-carbon and green energy goals in mind. Newbuild homes will be the main focus of the gas boiler ban.

Although there is work to be done to reach a point where hydrogen boilers or other, green alternatives can be installed in mass, buyers and tenants moving into a new home from 2025 will be among the first people whose homes will be heated by a low-carbon alternative.

It’s worth mentioning that, despite gas boilers being banned in new homes from 2025, gas hobs will still be allowed.

There are currently no plans to ban gas boilers in existing homes, but it’s worth considering extra insulation or moving to a more energy-efficient boiler in the meantime. Over the next few years, low-carbon alternatives such as biomass boilers or heat pumps should become more widely available and affordable.

Some countries already use natural resources to provide heating, with Iceland using hot water springs to heat 90% of homes.

One key challenge that presents with a move to gas boilers is the cost and potential to trigger a rise in fuel poverty. Installing low-carbon heating in older homes is especially expensive, according to the Committee on Climate Change. The affordability aspect needs to be resolved quickly, especially if the government calls for mass adoption of hydrogen boilers in future.

In the past, the government has introduced funding measures to encourage homeowners and landlords to adopt energy-saving measures, so this could potentially be introduced down the line.

The industry welcomes any moves to support the UK’s net-zero emissions goals, but government funding will be imperative to make these changes effective within such a short time frame.

We also hope that any low-carbon heating alternatives will not compromise on cost or comfort. Affordability is imperative for widespread adoption of new technologies.

An additional 1.8 million engineers and technicians at all levels will be needed by 2025, in order to meet demand, according to a recent study by Engineering UK. The HVAC sector is facing a skills and diversity crisis, presenting a number of challenges for employers.

Many UK training providers are already offering short and long courses on the installation of renewable energy, and it’s expected that many more will follow suit to help plug the skills gap.