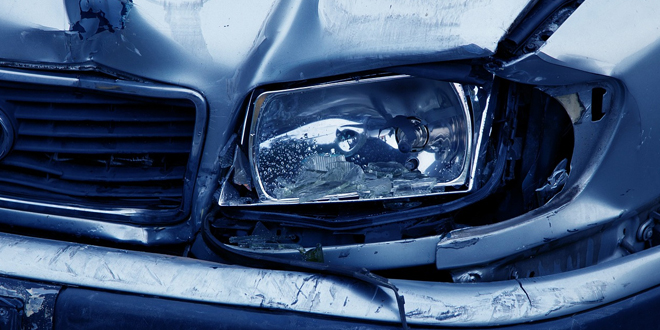 Posted by: jsharpe on June 27, 2019 in Articles, Vehicles Leave a comment

Drivers who crash on UK roads must follow a series of strict legal requirements to ensure incidents can be accurately reported and dealt with, but do you know what to do in the event of an accident?

Tim Alcock from LeaseVan.co.uk has highlighted the steps drivers who are involved in a collision must follow, to avoid adding legal trouble to potential injury:

Once the safety of all road users has been secured and the emergency services have been called for if needed, the law is clear on what Brits involved in a crash must do next.

If damage or injury is caused to another person, vehicle, animal or any property, section 170 of the Road Traffic Act 1988 makes it the obligation of any driver to stop, report an accident and provide any necessary information or documents.

The name and address of both the driver and the registered vehicle owner must be given to anyone who might need to know, such as others involved in the incident and police or ambulance crews.

These details must be exchanged immediately, at the time of the collision, or handed to the police as soon as possible but within a maximum of 24 hours.

Brits involved in a crash should also ensure any relevant parties have noted down the correct registration number of their vehicle.

If another road user is injured as a result of a collision Brits are involved in, a valid insurance certificate must be produced immediately too.

This should be shown to an attending police officer or anyone who has reasonable grounds to require it.

If a driver is not in possession of their insurance documents at the time of a collision which causes injury, the incident must be reported to the police as soon as possible and within a day.

Motorists have up to a maximum of seven days from a significant crash occurring to send their insurance certificate to the police.

It’s also advisable to make any notes about the causes, timeline and consequences of a collision while they’re fresh in your mind.

The driving experts recommend taking photographs too, if you have a suitable device and it’s safe to do so.

If you’re involved in a collision while behind the wheel, your first and foremost priority should be to make sure everyone involved is safe.

Where possible, you should move your vehicle off the road, get out, and call the emergency services immediately if they’re required.

Once the scene is secure, the longstanding law clearly outlines that relevant details and documentation must be provided to anyone who might reasonably require them, as soon as you possibly can.

This can include a police officer and anyone else with an involvement in the incident. They’ll need your name and address, that of the vehicle owner too if it isn’t you, and the vehicle’s registration number.

A valid insurance certificate must also be made available too – to both the police and other parties.

If you don’t have it on you at the time of the incident, it should be handed in to the police within a week of a collision occurring.

If another road user was injured, the collision must be reported to the police within 24 hours of it occurring.

We also recommend gathering and sharing as much information as you can about any collision you’re involved in.

Note down any details about how a crash happened while they’re still fresh in your mind and take some photographs of the scene of the incident, if it’s safe to do so.

Nine top tips for driving in the rain